Drupal to support communities through recession 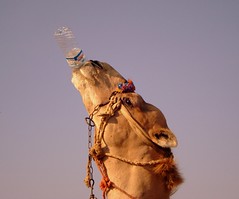 Many months of work culminated this week in a new module release, Complementary Currencies. This module is aimed at thousands of communities throughout the world who have been exchanging goods and services without money, sometimes for many years.

I am banking on people turning to the alternative economy to escape the recession. I hope to build a sustainable income from deploying, hosting, and extending it.

Currently the package takes the form of a core 'transactions' module and some extension modules, with a helpful selection of pre-rendered views, blocks, actions, page callbacks, so setting it up should be mostly a matter of trimming functionality. However, new ways will be provided to make the module, and Drupal, more easily deployable to communities with small IT budgets.