Most Greeks will tell you that the Exarchiea quarter of Athens is a dangerous and dismal place, in desperate need of gentrification - because the establishment media tells them so. It is true that the establishment, in the form of the police, has been regularly battling 'anarchists' there for decades. Some of the battles seem to have been serious political struggles and several lives have been lost, but most battles now seem to be young people letting off steam.

Over the last three years, even though I'm not a lover of violence I have spent increasing amounts of time there. I've never felt unsafe and only once have I found myself walking home through tear gas.

Just because uniformed police don't enter the territory doesn't mean that Exarcheia is an 'anarchist zone'. Rather, the lack of law enforcement attracts many law-averse people, some of whom practice anarchy and who have been able to organise somewhat. I hope my readers understand that anarchism is a serious political position, which could be likened to an extreme form of democracy, although of course there are many flavours.

The territory is not anarchist because the people who govern themselves using anarchist techniques do not control it. Rather the lack of police is a draw not only for those who would govern themselves, but also for illegal immigrants, young people who enjoy throwing molotov cocktails at police lines, drug dealers, people smugglers and so on. And yet the streets are clean (graffiti notwithstanding). In the neighbouring quarter, Kolonaki, junkies litter the doorways, injecting in public dropping needles in the gutter, and the dealers can't be far away. 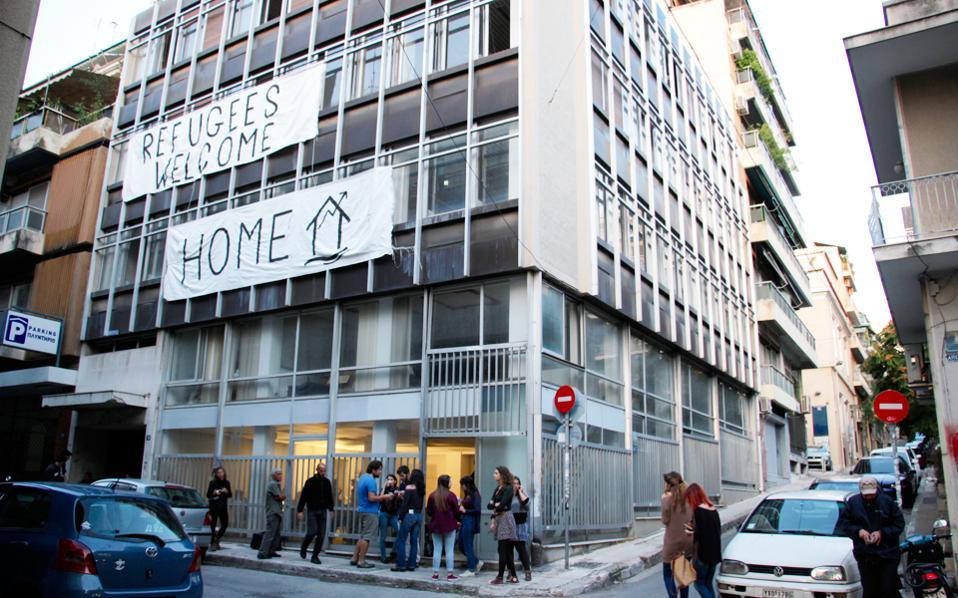 In Exarcheia the kiosks sell anarchist pamphlets and smuggled cigarettes. Everyone wears their radical politics like a badge and talk is full of 'isms' and 'ists' - anything goes except for fascism. The grafitti is plastered by posters for gigs, political actions and squat parties. There is a vast number of squats run collectively, many of them housing refugees, some running bars or parties for income. There are numerous book shops and bars, a twice weekly market and even a free hospital. The footprint of a demolished building was turned into a park. FairSpot is there.

But the best part is the square, which is actually a triangle. I first saw it late on a Saturday night, which is how I always think of it - relaxed yet thronging with young people chilling late into the night. Sometimes there are assemblies there - that's how anarchists decide things, giving everyone the opportunity to be heard.

For all of these reasons Exarchiea is surely the anarcho-tourist capital of the world. There are very few places where anarchists congregate, and the other main one at the moment is a near war-zone, Rojava autonomous territory in Syria. Some people come to Exarchiea as if on a pilgrimage, to fraternise with other anarchists and experience life without police! I just like the buzz.

This is a short article because I can't get into all the politics, history, factions, and achievements. Nor is that stuff documented anywhere as far as I know. Go see for yourself!