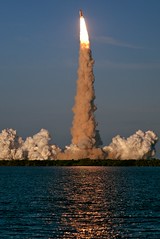 At last, my three year ambition is realised to build a web site for a community trading in complementary currencies. I parked myself in a cafe in Zadar, Croatia for December 2005 and coded matsLETS in php/mySQL.

At that time, however, I didn't have a community on board, or even any contacts, and I had coded a wiki, but never heard of a content management framework or Drupal. When I started again, using Drupal, I had loads of contacts, loads of discussions behind me, and I had the Geneva group waiting for the results.

Tim from the Geneva group came on board around October with wireframes and extra requirements, and put loads of work in on behalf of the scheme, but also in testing and checking the software in it's real-world deployment.

Now we want to do it all over again - it should get easier and easier!