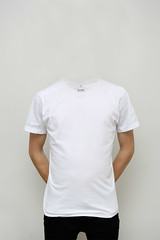 Mary Fee, of LETSlink UK points out that starting a new scheme is more than most people expect to do when they enquire where their nearest scheme is. They naturally expect that LETS has full UK coverage, but folded schemes have left a lot of holes in recent years. Starting a new scheme involves forming a group, opening a bank account, membership fees, electing a committee, making the rules of the currency, designing a web site, building a web site, setting up a load of spreadsheets and many more headaches of which I have no experience. The end result is an autonomous group with control over its currency and circulation.

Experience is exposing many complexities in the process of moving existing groups online. Budgeting, specifying, tendering, managing and maintaining the kinds of web sites which LETS requires is taxing on the democratic processes of these community groups, and Mary is finding it more productive to concentrate on new groups, who seem readier for the web.

Mary wants therefore to provide a one size fits all, turn-key, social networking, LETS accounting system, hopefully free, so as many communities as possible will be able to get online as soon as possible. With such a system it would be trivial to start new schemes without committees, and existing schemes need only provide the data they want imported.

Groups without committees would have perhaps less control over their currencies, but in some cases that would be advantageous.