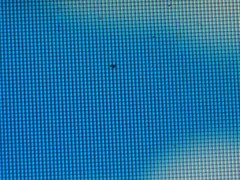 As a seasoned budget traveller I hold it as a principle that if you are unprepared, under resourced, lost, unfamiliar, over burdened, or gullible you are at your most vulnerable in transport hubs and city streets.

These perils have been brought home to me in a new way when bank decided they could no longer guarantee me to the credit card company and stopped my card. Now they won't start it until my balance is equivalent to the card limit. Makes me wonder if credit card is a bit of a misnomer. In fact I never asked for, or wanted a credit card. In the UK there are debit cards issued free which can be used in ATMs worldwide and for online purchases. In Switzerland, they only have Access and Mastercard credit cards which cost a trifling annual fee approximately equivalent to bouncing a cheque.

So I ended up in a high street bureau de change, paying 18% overhead 'charges' to the Bank of Spain. Shafted for 18 per cent by a national bank, I kid you not, I was furious.

Far from my native tongue, I was unable to ascertain what possible justification might be offered for such extortion, and that set me thinking. Does the Bank of Spain, despite a handsome bailout, require it's customers to pay for its losses in the credit crunch? Do banks want to discourage me from carrying and exchanging cash, which should by rights, be in an account, keeping a bank afloat? And why did I have to show my passport whenever I bought and sold money in Spain? And not bread?

This omnipresent terror narrative has been used as an excuse by our elites to turn the screw on people like me. this has been said before about the USA Patriot Act. Since USA leaned on them about terrorists using unregistered phones, no mobile phone, not even prepay, may be sold in Switzerland without a verified address. So much for Swiss neutrality!

I have decided that I do not wish to do business with the mobile phone companies either. They are shameless with their confusion marketing, their contracts, their upgrades, and they will be last ones to stand up for our privacy when governments wield their new terror laws against dissenters.

UK and other governments are in the process of redesigning the internet to make it easier to log traffic. They want to oblige ISPs not to delete our communication. then they can finally stamp out paedophilia, and any else that 'society' deems undesirable.

All these things which used to be the tangible technological benefits of prospering democracies, and on which we increasingly depend, are becoming channels for authority to examine and judge me, even as my vote becomes more meaningless. And it's not just the personal privacy issues; all that data provides immense power over the mob for those that mine it. But I want no part in it. I want to be a black hole in their databases. I want to deal in cash, converse freely and trade without my consumer characteristics being interpolated using data mining. I want the advertisers to keep their lies away from me.

But the price of such contrariness is huge. There is no escape. And trying to escape can only make me an object of suspicion. It is becoming impossible to conduct any kind of business or personal relationship without a mobile phone. More and more purchases are done through machines with plastic, not with cash, and all my professional skills revolve around the internet. Maybe not a black hole, then, more of a blurred pixel.