Types of vaccine and immunity 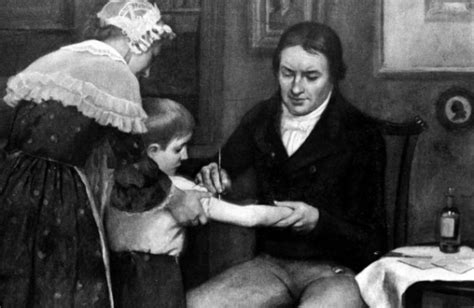 Somewhere between Big Pharma and the politicians, a big lie was created that COVID vaccines would provide immunity and prevent transmission of the disease and end the pandemic.

The theory of virology asserts that when the body encounters a hostile virus it tailors some white blood cells to combat that virus. The white blood cells are then produced for the rest of the lifetime of the individual producing 'natural immunity', preventing that virus from finding a home in that body again. When enough of the population have this immunity, the virus dies out because it has nowhere to go. This is called herd immunity.

A vaccine works by exposing the body to a non-toxic form of the virus to produce that same immune response. Thus it prevents bodies contracting the disease, getting sick, and passing it on, maybe not forever, but for a long time (tetanus works for ten years).

This is all very 19th Century stuff. The meaning of the word vaccine was expanded during the 20th Century to include a whole range of other methodologies that never reached the public consciousness. Most of them not nearly as efficacious as the smallpox or measles vaccines.

But the COVID vaccines were marketed using these outdated terms and playing on the public ignorance. For example this paper predicted that

The COVID-19 vaccine will enable individuals to develop immunity to the SARS-CoV 2 pathogen and if taken up by a large proportion of the population, it may provide a degree of herd immunity. This will reduce the spread of COVID-19, protecting vulnerable populations, preventing the healthcare system from becoming overwhelmed.

This was a fraud. Vaccine companies must have known this but it suited them not to explain. They also knew that no successful coronavirus vaccine had ever been developed and there would have been little chance of producing one in such a hurry. But they also knew that they could patent piss and it would sell like hot-cakes as long as it didn't kill too many people too soon.

As it is, the vaccines do not prevent you from contracting the disease and incubating in your body, falling sick, or passing the disease to others. Their main benefit is reducing the symptoms, and in that they do at least reduce the burden on hospitals. But they fall short of our 19th Century expectations in another way, which is that this effect wanes very quickly.

This dual meaning of vaccine is still a problem as people are taking the vaccine for completely the wrong reasons and with wrong expectations, while the pharmaceutical industry is laughing all the way to the bank.

Last month Bill Gates, who previously referred to the effectiveness of mRNA vaccines as magic, confirmed what most of the internet had known for months, casually mentioning "we got vaccines that help you with your health, but they only slightly reduced the transmission". The misinformation continues as Antony Fauci said in a New York times podcast around the same time "we’re starting to see waning immunity" as a way of promoting the booster shots. But in the light of what we established above, what does he mean by 'immunity'?