'Regenerative' is the new 'sustainable'. 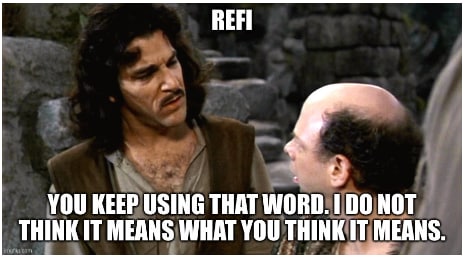 I don't know how representative the crowd was, but I could feel the limitations of the discourse of a generation which learned finance via the questionable discourse of tokenomics and has only ever known the optimism of the well-financed Bitcoin-go-up discourse. Consequently it was unclear to me which money can be redirected, and why blockchain would help. Almost all crypto-tokens are neither debt nor equity instruments, and come with no concrete story of value except that they will be able to buy whatever blockchain service they financed - if it succeeds and at no particular price. This is one reason why most 'investments' in blockchain projects are very speculative and why prices vary so much; its also probably why conventional or 'trad' investors are still very much using mainstream finance, and this is why most of the money in ReFi I guess is recycled blockchain wealth which came easily, and bringing in new money will be hard.

In 'trad' finance and even in DeFi, the proposition is clear: provide money to bootstrap a viable enterprise, shoulder the risk of failure and share the profit if it succeeds. But in enterprises working for non-economic aims, there is no profit and consequently debt and equity don't apply. Financiers are essentially donors. Yet the prevailing wisdom seems to be that they will get something back, at least from successful projects. How can this be?

Well there are two ideas floating about. The first is that nonprofit orgs might invest their income before spending it, say by 'staking' which means lending money to an Automated Market Maker to give liquidity to that market. It is regarded as a low risk/reward activity, but I can't help wonder just how much funds are needed for that in the world. More concerning, generating a return through financial operations rather than through regenerative acts per se leads to a paradox: if the donated money is engaged in financial operations it is not fulfilling its donated purpose; and if invested money is spent on the nonprofit's objectives rather than being actually invested then it too is not fulfilling its purpose. Regenerative organisations should not be taking financial risks to multiply up money but should be simply spending it. In my opinion nonprofits should generally NOT play finance but only spend what they are given, otherwise why not delay all efforts indefinitely because next year we'll be able to pay for 6% more.

A social impact bond is not a bond, per se, since repayment and return on investment (ROI) are contingent upon the achievement of desired social outcomes. If the objectives are not achieved, investors receive neither a return nor repayment of principal. Investopedia

Since they resemble normal bonds, they can be easily adopted by existing financial structures where all the money is and at the same time allow the the market to find the most 'efficient' organisations. One project, Alpha bonds seems to be doing something similar. 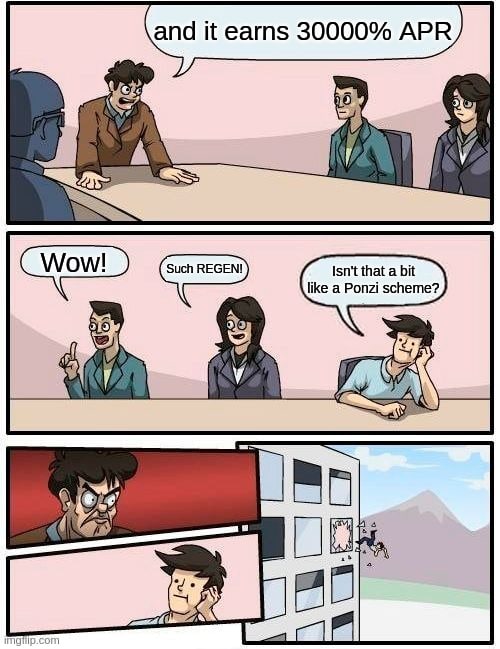 It seemed to me that about half of the field is concerned with carbon credits. Less with issuing carbon credits through acts of regeneration, and more with manipulating the market for them. This probably reflects the interest in KlimaDAO, a project whose tokens, 'backed' by carbon tonnes, mooned last year and spawned many copycat DAOs. Carbon-guilty citizens and companies would retire their carbon credits with KlimaDAO in exchange for a week-on-week return which is to all appearances a ponzi scheme. The project achieved its aim of retiring some of the cheapest oldest, lowest quality carbon credits on the market and pushing the price up but there was also a cost. The early ponzi spike transferred a lot of wealth from late to early adopters; the narrative is now burned; the low-grade carbon credits taken off the market seem to have been replaced by other low-grade credits; all of which says to me that this celebrated project is probably now in permanent decline, and it will not, or can not, ever be replicated.

This left me asking the question, where is the profit, return or investment proposition for locking away carbon? The answer is, or surely should be, in the increased yields from soils treated with bio-char. I can't be the first person to think of this...

Tonnes of carbon captured and stored is though an inadequate metric of regeneration and there is a danger of becoming fixated on that metric just because politicians constructed it for their own purposes. The white paper of the Regen Network for example offers a more sophisticated set of indicators. 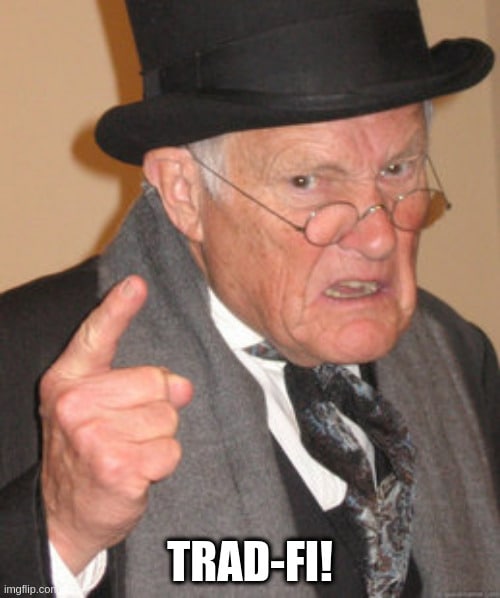 Generally I felt that this new field is long on regeneration but short on coherence. I hope the next conference will attract more people not only from the fields of regeneration and finance, but also perhaps hard-nosed business people, fundraisers, project managers, or people with a much broader perspective.

In conclusion I had many narrow conversations about tokenomics of systems which hardly yet exist or don't seem to work, while much broader and more important questions were not explored. I found myself wanting to talk about, define in fact, the most basic concepts and to remind people that despite being 'centralised', trad-fi has a lot to teach them.

Despite these substantial reservations it was the most convivial gathering I've been to in a very long time and it was a delight to stay an extra few days to wind down and go into more depth with people.